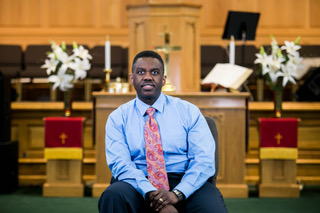 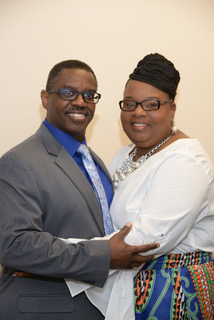 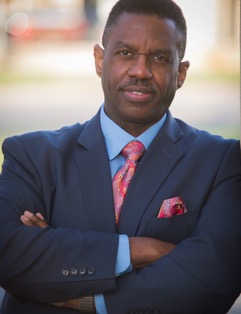 A Brief Biological Sketch of

Rev. Dr. Donald E. Dunnigan, Sr., founding Pastor of CORNERSTONE FELLOWSHIP BAPTIST CHURCH in Wilmington, DE, is widely regarded by clergy and lay communities as a “scholarly theologian”  with a servant’s’ heart.” Pastor Dunnigan’s servanthood is made visible through his leadership with compassion; discipleship through “unfeigned accessibility,” shared gifts of music and psalms; and his love of family, friends and community.

An anointed Minister of the Gospel, “Donald Dunnigan,” was licensed to ministry in 1986 at Union Baptist Church under the pastorate of the late Dr. Otis A. Herring.  One year later, he was ordained into the ministry by the Mt. Zion Missionary Baptist Association.

Pastor Dunnigan enrolled at Shaw University in Raleigh, NC, majoring in music and psychology.  He later earned his B.S. Degree in Bible at Philadelphia College of the Bible in Langhorne, PA.  Continuing his studies to show himself approved, Rev. Dunnigan earned a Master of Divinity Degree at Eastern Theological Seminary in Wynnewood, PA and a Doctorate Degree from United Theological Seminary in Dayton, OH.

Dr. Dunnigan has worked with and continues to serve on boards and committees of community organizations such as (but not limited to):  The International Ministers Action Council (IMAC), The Wilmington Police Athletic League (WPAL), Chaplain for the Wilmington Police Department; The Criminal Justice Council (Governor Appointee) and as “teacher” at various educational institutions.

In April 2018 he co-authored (with Dr. Cecilia Dennery) and published Connecting: Key To Dynamic Discipleship. The goal of this book and study guide is to produce and reproduce not just disciple but DYNAMIC DISCIPLES in the Kingdom of God.

On May 17, 1992, Pastor Dunnigan, his family and twelve dedicated founding members opened the doors of CORNERSTONE FELLOWSHIP BAPTIST CHURCH in Wilmington, DE.  He serves as the Senior Pastor welcoming some 600 (+) members through the doors since that time and a constant flow of visiting persons, many of whom return often or formally join with the Cornerstone church family.

Pastor Dunnigan is married to the former Regina Johnson, and they have two sons, Donald, Jr. and Reginald.